You Are a Lion 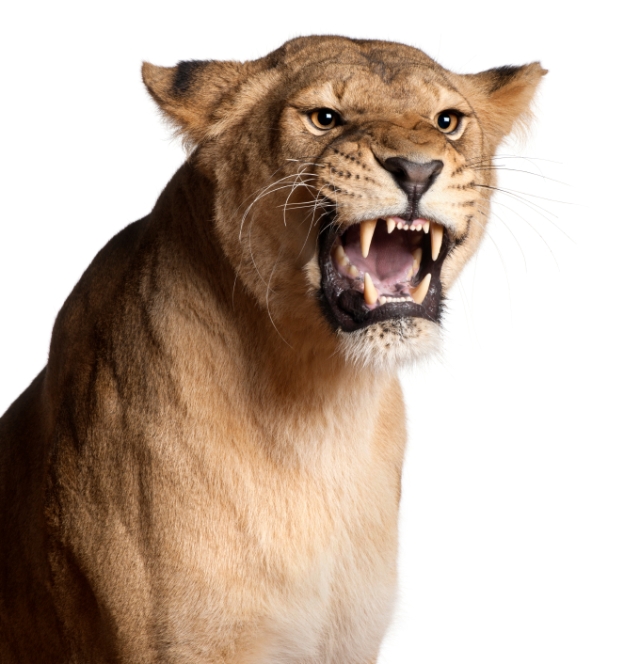 You Are a Lion

You are a fearless lion before the enemy

Proverbs 30 begins a list of majestic things, starting with the lion,

There are three things which are majestic in pace,
Yes, four which are stately in walk:
A lion, which is mighty among beasts
And does not turn away from any;
A greyhound,
A male goat also,
And a king whose troops are with him.
(Pro 30.29–31)

Agur, the writer of Proverbs 30, only mentioned the greyhound or strutting rooster and the male goat, but he said more about the first and fourth ones; the majestic king who has his troops with him, and Agur said even more about the first one, the lion, mighty among beasts, and he does not turn away from any.

Who can disagree? What would you do if you met a lion? My wife and I saw a mountain lion once while hiking, but it did not see us, and we were thankful! What are we before a killing machine with five weapons at his disposal?

Yet, in Genesis 49 for the first time in the Bible, the Holy Spirit refers to God’s people as a lion,

Even as we fear the lion, so, the enemies of God should fear His people, because collectively they are as a lion and when the enemy finally rouses up the lion, the enemy shall be sorry, as Egypt found out later.

If you are a child of God, you have nothing to fear, but you can be bold as a lion.

Proverbs 28.1 • The Boldness of the Righteous

The wicked flee when no one pursues,
But the righteous are bold as a lion.
(Pro 28.1)

First Chronicles 12 shows men from the tribe of Gad with David as he was growing his army, “Some Gadites joined David at the stronghold in the wilderness, mighty men of valor, men trained for battle, who could handle shield and spear, whose faces were like the faces of lions, and were as swift as gazelles on the mountains…” (1Ch 12.8).

Therefore, we can be bold before our enemies, even if they are also lion-like, or some other deadly animal,

And the remnant of Jacob
Shall be among the Gentiles,
In the midst of many peoples,
Like a lion among the beasts of the forest,
Like a young lion among flocks of sheep,
Who, if he passes through,
Both treads down and tears in pieces,
And none can deliver.
(Mic 5.8)

But the Lord stood with me and strengthened me, so that the message might be preached fully through me, and that all the Gentiles might hear. Also I was delivered out of the mouth of the lion (2Ti 4.17).

We are like Daniel in the lion’s den! The Muslims want us silenced. The secularists want us to stay within our four walls. They mean our harm, but they will find that we do not fear them and our God will deliver us!

First John 3 explains that the righteous are bold before God, not in a challenging, defiant, or rude way, but in a fearless way, because we have nothing to fear, “And by this we know that we are of the truth, and shall assure our hearts before Him. For if our heart condemns us, God is greater than our heart, and knows all things. Beloved, if our heart does not condemn us, we have confidence toward God” (1Jo 3.19–21).

John had written earlier, “And now, little children, abide in Him, that when He appears, we may have confidence and not be ashamed before Him at His coming” (1Jo 2.28).

However, what keeps us from living boldly as lions is the knowledge that our chief enemy is also as a lion, and his helpers are as lions, frightening us, because we forget who we are, who is with us, and that we can and will win.

Be sober, be vigilant; because your adversary the devil walks about like a roaring lion, seeking whom he may devour (1Pe 5.8).

The Lord knows that the enemy frightens us. Therefore, He included a psalm, written by David, who said his enemies were as lions, but he put his trust in the Lord, and every time David did that, he won,

O LORD my God, in You I put my trust;
Save me from all those who persecute me;
And deliver me,
Lest they tear me like a lion,
Rending me in pieces, while there is none to deliver.
(Psa 7.1, 2)

Why can we not do the same thing? Do we fear the fierce lion of secularism? the roaring lion of Islam? the raging lion of the homosexual movement?

Friend, pray the words of David to God! That is why the Holy Spirit preserved those words in the Bible; He expects us to read them, He wants us to know that God understands, and He wants us to pray as David did.

In Psalm 22, David spoke a messianic prophecy of how Jesus would see His enemies like lions, opening their mouths at him like a raging and roaring lion, but they would find out later that He is the Lion from the Tribe of Judah, and He would roar back at them, sending the Romans against Jerusalem in ad 70, and then they will find out at the Judgment,

They gape at Me with their mouths,
Like a raging and roaring lion.
(Psa 22.13)

Therefore, He prayed to God,
Save Me from the lion’s mouth
And from the horns of the wild oxen!
You have answered Me.
(Psa 22.21)

We are part of the pride of Jesus the Master Lion, and so we are not frightened, but like David we turn our attention to heaven, because we can also be as Second Samuel 23 shows one of the mighty men of David, Benaiah, “Benaiah was the son of Jehoiada, the son of a valiant man from Kabzeel, who had done many deeds. He had killed two lion-like heroes of Moab. He also had gone down and killed a lion in the midst of a pit on a snowy day” (2Sa 23.20).

Do not let Satan or his helpers—who appear as lions—frighten you, because we are greater lions than them all. Resist Satan the lion and he will flee from you (Jam 4.7).

“You are of God, little children, and have overcome them, because He who is in you is greater than he who is in the world” (1Jo 4.4).

We are of God. Therefore, we can overcome the enemy, regardless of how ferocious the enemy is! Satan dwells in those who fight us. The Holy Spirit dwells in us.

Remember what the Scriptures have said further on this, “Do not fear, for those who are with us are more than those who are with them” (2Ki 6.16). “With [Sennacherib] is an arm of flesh; but with us is the LORD our God, to help us and to fight our battles” (2Ch 32.8).

Therefore, we can fight the lions who are spiritual hosts of wickedness in the heavenly places and win, because the Lion of the tribe of Judah is with us!

So, why are the righteous bold as a lion before the mighty people of the earth, not turning away from any, whereas the wicked flee when no one pursues? Is that not a comical picture? (Lev 26.17, 37; Psa 53.5.)

The righteous stand boldly before a fierce enemy, but the wicked run even when no one is truly chasing after them, except for their own guilty consciences! They run from themselves!

The righteous do not live with a guilty conscience, and so they have no need to run, but they stand boldly before anyone who wants to accuse them, knowing that the truth shall come out, and that God shall be with them, because He has forgiven them! They know the freedom of forgiveness!

Revelation 6 also shows those who do not belong to Him, running and hiding from Him at Judgment, yet, listen to what they say and how they see Him,

“And the kings of the earth, the great men, the rich men, the commanders, the mighty men, every slave and every free man, hid themselves in the caves and in the rocks of the mountains, and said to the mountains and rocks, ‘Fall on us and hide us from the face of Him who sits on the throne and from the wrath of the Lamb! For the great day of His wrath has come, and who is able to stand?’” (Rev 6.15–17).

They see Him as the Lamb! Revelation 5.5 pictures Him as a Lion, but the next verse shows this,

“And I looked, and behold, in the midst of the throne and of the four living creatures, and in the midst of the elders, stood a Lamb as though it had been slain, having seven horns and seven eyes, which are the seven Spirits of God sent out into all the earth” (Rev 5.6).

“The wicked flee when no one pursues,” but they also flee when a Lamb comes after them, like running from a leaf, because they cannot kill Him. Men tried it once, but this verse says He stood as though He had been slain, speaking of His resurrection, and look, He has seven horns and seven eyes.

He is a wrathful Lamb. If men flee from Him when He is a Lamb, what shall they do when He appears as a Lion?

However, “the righteous are bold as a lion,” and they have no reason to fear the seven-horned, seven-eyed Lamb who is also a Lion! They will rejoice to see Him.

Please think about this: Shall you flee from the wrath of the Lamb, or shall you run to the Lion who wants you on His side?

The Lion/Lamb is Jesus of Nazareth, and if you believe that He is the Son of God, and if you want to turn your life around, you are ready for baptism, at which time He will receive you into His pride of lions, because He will have forgiven you of your sins, and you will be a bold lion.

One thought on “You Are a Lion”