Is Anything Too Hard for the Lord? 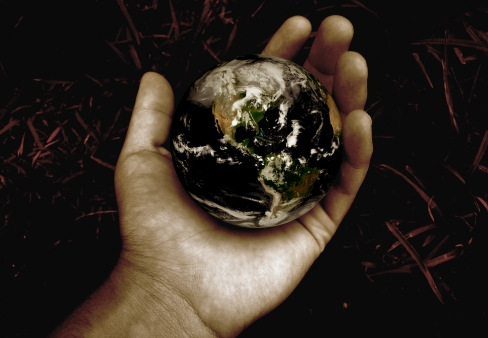 Do you know the things God is capable of doing?

What do you think this God can do?

A proud grandmother brought her young grandson to me to refute something I had said in a sermon. I had said that God can do anything, which is what the Bible says. However, this woman liked to disagree with me and delightfully she brought her grandson to me who said, “You said that God can do anything. You are wrong. He cannot make you love Him.” I did not have the heart to disagree with the young boy, nor to humiliate his grandmother in front of her grandson by reminding them that I was quoting Scripture, which I will show you later. By the way, God could make us love Him, but He chooses not to do that, rather He wants us to love Him because we want to love Him.

Yet, there are things that God cannot or rather will not do. How can that be? He has to be consistent with Himself and true to Himself. We can steal from one another, but that would not be right. God has the power to do wrong things, but such would deny His holiness, righteousness, and justice.

It is not a question of His power, but of His character. He cannot sin. Hebrews 6.18 says it is impossible for God to lie. He cannot perform logical contradictions, such as making a rock so heavy He cannot lift it. He is not “the author of confusion” (1Co 14.33).

Is Anything Too Hard for the Lord?

In Genesis 18, the Bible shows Sarah laughing within herself at God’s promise that she could have a son when she was 90 years old. She did not know that God knew she had laughed, “Is anything too hard for the LORD? At the appointed time I will return to you, according to the time of life, and Sarah shall have a son” (Gen 18.14). A year later she had a son, and the world has never been the same since.

In Numbers 11, Israel complained because they did not have meat to eat. Moses wondered where he himself would get the meat to feed them, “And the LORD said to Moses, ‘Has the LORD’s arm been shortened? Now you shall see whether what I say will happen to you or not’ (Num 11.23). God gave Israel meat to eat for a solid month until they could not stand it.

Nothing is too hard for God, because…

God Can Do Everything

Job learned the hard way that God can do anything. Job challenged God to do something about the poor man’s suffering. God then appeared to Job with 75 unanswerable questions. When God finished, Job realized what he had done. He confessed his own weakness, but God’s power (Job 42.1–3). God accepted Job, who thought his life had ended, but God restored Job’s health, doubled his previous possessions, restored his relationships with his siblings and his friends, and gave him ten more children.

Luke 1 shows Gabriel the angel appearing to Mary. He told her that she would bear a very special son. Although betrothed to a man, she had not yet known him sexually. Therefore, she questioned the angel, “How can this be, since I do not know a man?” (Luke 1.34).

Gabriel said to her, “For with God nothing will be impossible” (Luke 1.37). She found out that the angel spoke the truth. She had a son and the world has never been the same since.

Just over 34 years after the angelic visit to Mary, we see that son in Mark 14 the night before He died. He knew that He was about to die and suffer separation from God the Father during the death process.

That, and the anticipated pain of a Roman crucifixion and the rejection of all humanity, made His soul exceedingly sorrowful, even to the point of death.

Therefore, He asked God to avoid that suffering, and the first thing the son of Mary confessed was the all-mighty power of God, “And He said, ‘Abba, Father, all things are possible for You. Take this cup away from Me; nevertheless, not what I will, but what You will’” (Mark 14.36). God had the power to take away the cup from Jesus. The Father declined to use that power, allowing His Son to experience horrendous suffering, and the world has never been the same since.

Now, listen to two passages that bring together both ideas, that is, that…

Nothing Is Too Hard for the Lord, Because He Can Do Everything

When Jeremiah viewed what Babylon had done to Jerusalem and what Babylon was doing against Jerusalem at the present (Jer 32), yet, the Lord had told the prophet to buy some land, he did not see how it was possible. He began a prayer by confessing God’s power, “Ah, Lord GOD! Behold, You have made the heavens and the earth by Your great power and outstretched arm. There is nothing too hard for You” (Jer 32.17). However, Jeremiah did not persuade himself of that truth (v. 25).

God told the prophet in verse 27 that nothing is too hard for Him. Jeremiah was then able to buy the land while Babylon completed its capture of Jerusalem. The world has never been the same since.

He can cause you to enter the kingdom of heaven, but a problem exists which prevents that. Isaiah 59 reveals the problem and the solution. It is not a problem of God’s omnipotence, but of our condition, “Behold, the LORD’s hand is not shortened, That it cannot save; Nor His ear heavy, That it cannot hear. But your iniquities have separated you from your God; And your sins have hidden His face from you, So that He will not hear” (Isa 59.1, 2).

Remember God let that Man die to experience the pain of separation from God for us.

Are you ready to repent of your sins? If so, you are ready for immersion in water, which is when God will remove the problem of sin, and you will never be the same, for you will be on your way to heaven. What holds you back?

6 thoughts on “Is Anything Too Hard for the Lord?”